It's time for a new ARTS workshop. The workshop will be similar to the old ones, but this time we have also something to celebrate. The ARTS project is approaching an age of 20 years! And if all goes well, we will announce ARTS-3 some time before the workshop.

Mark this time period in your calendar. The invitation will be sent out in January.

If you are not familiar with these workshops, see: http://www.radiativetransfer.org/events

(We are aware of that the IPWG and IWSSM workshops just were announced to be June 1-5. This is unlucky but we can not move the ARTS workshop as Kristeneberg is fully booked.)

We are pleased to announce that the ARTS Microwave Single Scattering Properties Database (Oriented Particles) has been released and is available for download on Zenodo.

The database contains microwave and submillimeter wave single scattering data of azimuthally randomly oriented frozen hydrometeors. It contains one aggregate habit and one pristine ice crystal habit. Furthermore, 35 frequencies from 1 to 886 GHz, and 3 temperatures, 190, 230 and 270 K, are included.

The Python3 interface of ARTS Microwave Single Scattering Properties Database Interfaces, can be used for browsing and importing of the single scattering data of azimuthally randomly oriented.

This version offers a new planetary toolbox that allows simulations for the planets Venus, Mars and Jupiter, in addition to Earth. Further new features are radio link budgets, back-scattering radar simulations, and the treatment of Faraday rotation and Zeeman splitting.

You can find all articles about ARTS on the documentation page.

In specific, we have added an ATBD document, providing more detailed database documentation. Also, thanks to feedback given, we have improved upon the conversion of DDA to database stored scattering quantities. For example, this has an improved effect when deriving triple frequency signatures.

Furthermore, we have prepared a set of ARTS-ready and easy to use scattering data in the ARTS xml-format. A total of 16 so called standard habits are provided here.

As before, the database is still in beta, meaning that the database is not fully completed and issues are likely still present. We would be very happy to receive any feedback on issues and bugs encountered.

A beta version of a new single scattering database of mainly ice particles that has been calculated using the discrete dipole approximation method (DDA) is now available for download.

We are pleased to announce a new workshop in the series of "ARTS workshops". You don't need to be an ARTS user or developer to participate, the workshop is open for all with an interest in atmospheric radiative transfer. There is normally a strong focus on microwave to infrared radiative transfer, but also other wavelength regions are of interest.

The place is the same as last time, Kristineberg (about 100 km north of Gothenburg). Time for the actual workshop: September 6-8 (Wednesday morning to Friday lunch). We will arrange transport between Gothenburg and Kristineberg, and it will departure from Gothenburg around 15.00 September 5. That is you need to arrive to Gothenburg not too late Sep 5, and should have possibility to travel back Sep 8.

The general goal of the workshop is as usual, that the ARTS user community (and also people working with other RT models) can meet, get to know each other, solve practical problems, and discuss the further development of the program. As always, we will have only a relatively small number of talks, and instead more time for group work and discussions. The present/planned main development of ARTS is directed towards

but the workshop is not restricted to these topics.

If you are interested in participating, then please fill in the pre-registration form in order to allow us plan the program. The deadline for pre-registration is March 31. Since the available space at Kristineberg is limited, we have to limit the meeting to roughly 25 persons. If more persons are interested, it will be first come first served.

Kristineberg is a marine research station. The station offers full board and lodging, but the number of rooms is limited and most workshop participants will need to share double rooms. At the moment there are only three single rooms at hand. If you require a single room indicate this under Comments. Transport to/from Gothenburg is arranged at start/end of workshop. You only pay for room and food at Kristineberg. We can not yet give you en exact price, but it should be in the order of 250 euro.

Although there hasn't been a new stable ARTS release in a while, the ARTS team is very busy working on new features in the development branch. To give you a glimpse of the current development, here is a list of some features we're working on:

Once the dust settles and the new features are polished, we hope to release a new stable ARTS version in the near future.

2016-08-11: Typhon 0.3.1 release
New version of typhon released. Since its birth last year, features such as full ARTS XML reading/writing support, a decent selection of proper colormaps and a custom mpl style for good looking default plots have found their way into typhon. Check out the documentation for more features.
2015-08-05: Automated ARTS builds moved to Hamburg

The Hudson automated build service for ARTS has been migrated to the server in Hamburg. The new location is: https://arts.mi.uni-hamburg.de/hudson/.

Due to its current unmaintained and largely broken state, we decided that we can't support PyARTS anymore. Download links for PyARTS have been removed. We hope to start a new, better Python package in the near future.

We're pleased to announce the release of ARTS version 2.2.

Some of the new key features in this release are:

For a detailed list of changes, have a look at the CHANGES-2.2 file in the ARTS distribution.

Download instructions can be found on the Getting ARTS and Related tools pages.

This means that the 2.0 versions are no longer maintained.

After a long pause, we will this year again have an international ARTS community workshop in Kristineberg, Sweden, June 9 to 11, 2014. The workshop is fully booked, but please contact the developers if you want to be put on the waiting list in case somebody hops off. 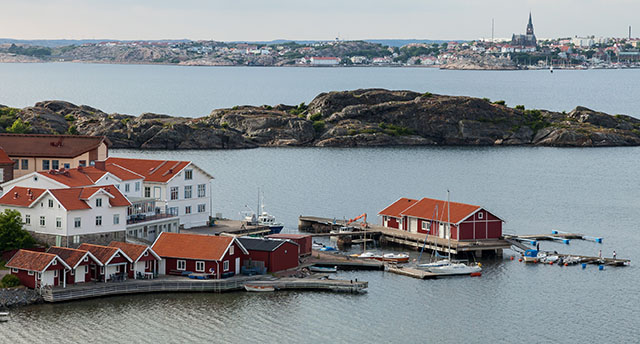 The Pont des Arts or Passerelle des Arts is a pedestrian bridge in Paris which crosses the Seine River. It links the Institut de France and the central square (cour carrée) of the palais du Louvre, (which had been termed the "Palais des Arts" under the First Empire). Source: Wikipedia

The version numbers of related tools like atmlab and PyARTS have been increased to 2.0 to reflect compatibility with the corresponding ARTS version. Download information is available on the 'Related Tools' page.

In comparison to version 1 (by us now denoted as ARTS-1), this ARTS version is a much more sophisticated software (summary below). Most of these features have been in place since years. More lately, we have spent time on the documentation and this is the reason to why we now declare that ARTS has reached version 2 status.

ARTS is a state-of-the-art radiative transfer model for the thermal spectral region:

For an introduction to the new features of ARTS, please have a look at the following JQSRT article:

We recommend to get the latest source code directly from our Subversion repository. This is the easiest way for you to keep your ARTS version up to date. Instructions on how to get ARTS from Subversion can be found at: http://www.radiativetransfer.org/arts/getarts/

If you can't use Subversion, you can also get the latest snapshot of the ARTS source code package at http://www.radiativetransfer.org/arts/misc/download/arts2/

Have fun, The ARTS developers

Presentations and pictures from the Open ARTS Community Workshop 2010 are now available on the workshop website. Thanks to all participants for their contributions.

The Open ARTS Community Workshop will be held in Kristineberg, Sweden from June 7 to 10, 2010. For details, see the workshop homepage.

ARTS has now an automated build system which provides up-to-the-minute builds as well as an archive of previous versions. The build is automatically performed on different architectures (Linux, Mac) and with different compiler versions (GCC 4.2, 4.4). This should help us to spot compatibility problems more easily.

A detailed list of changes can be found in the ChangeLog file.

An updated windows executable of the latest development version of arts (1.3.35) is now available on the downloads page. The package also contains an example controlfile. Just download the zip file, follow the steps in the README.txt, and you're good to go.

A detailed list of changes can be found in the ChangeLog file.

The ARTS repository has been moved from Bremen to our new server in Kiruna. At the same time we have switched from CVS to Subversion as a version control system. Updated information how to get the ARTS source code is available at the download page.
The page also contains information for developers on how the procedure to commit changes has changed with Subversion.

Bredbeck Workshop 2004: From June 21 to 24, our annual Radiative Transfer Workshop takes place at Haus Bredbeck. Online registration is possible on the workshop homepage.

Bredbeck Workshop 2003: From July 7. to 10., our annual Radiative Transfer Workshop takes place at Haus Bredbeck. A registration form could be found on the workshop homepage.

Have a look at the ARTS anonymous CVS access section to learn how to the get the latest ARTS version directly from CVS.

ARTS LXR interface available. It provides a cross-referenced version of the arts-1.0.x and current development code tree with search capabilities.

Fixed some bugs in the physics as well as in the build system. For details have a look at the ChangeLog distributed with ARTS. Look at the compatibility section to see on which platforms ARTS has been reported to work.

Compilation without HDF did not work properly. Get the latest version from the download page.

Finally, after two years of development and sedulous comparisons with other transfer models, we decided to make the first stable release of ARTS available for the public. Have a look at the download page or follow this link to download the package directly.

To find out more about ARTS you could download the user guide in ps or pdf format or write a mail to one of the addresses mentioned on the support page at the bottom of this page. It would also be nice if you could send us some feedback about your experiences with installing and using ARTS to give us the possibility to extend our program to match the needs of its users.